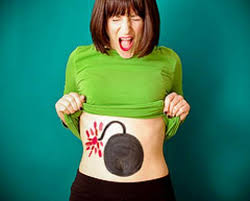 Small Intestine Bacterial Overgrowth is an accumulation of bacteria in the small intestine.  It’s an overgrowth of bacteria that normally lives in the gastrointestinal tract but has abnormally overgrown in a location not meant for so many bacteria.

Conditions commonly associated with SIBO include:

The overgrowth of bacteria interferes with our normal digestion and absorption of food and can also cause damage to the lining or membrane of the small intestine – known as ‘leaky gut syndrome’.

When might SIBO be the cause your IBS symptoms?

What Are The Underlying Causes of SIBO?

Any factors that alter the structure or function of gut tissue will become a risk for SIBO.

For example elevated glucose levels provide the perfect condition for bacteria to feed and grow.  A poor immune defense will allow bad bacterias to settle in and get comfy.

Slow digestion, and thickening of the bowel wall (which leads to chronic constipation) means food takes longer than it should to travel through the intestines, providing plenty of nutrients for the bacterias to ‘steal’ leaving you nutrient deficient.

Poor gastric, pancreatic, gall bladder and stomach acid secretions encourage the growth of SIBO because without these gastric juices and enzymes, foods cannot be digested and gut motility is slower.

Trauma and lifestyle factors contribute to risk of SIBO.  Heavy alcohol consumption and even over-training are important considerations because of the stress these put on the digestive system.  Athletes and runners are all at risk, as are those with brain trauma, head injuries, and Ehlers-Danlos Syndrome (Joint Hypermobility type). 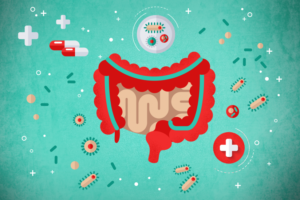 What do we do if we suspect you have SIBO?

In other cases SIBO maybe a chronic condition that requires management long term.  The good news is there are many options for control of SIBO. 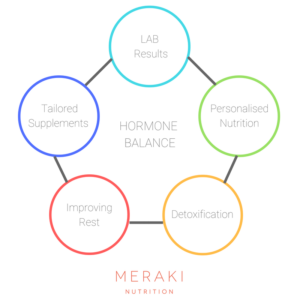 What’s involved in the testing for SIBO?

The test is a breath test, that requires you to blow into a bag every 20 minutes for 3 hours.  Prior to the test you need to have fasted for 12 hours, and not taken any vitamins or probiotics.

After the first breath sample is taken you drink a solution called ‘Lactulose’.  This triggers your gut bacteria to become active, and it is this activity that is measured through the gases the bacterias release.

The test is quite fun to do, not invasive, and the kit is delivered to your home so you get on with bits and pieces in-between collecting samples. Once you have all your breath samples collected, you call the number in the kit and a courier will come and collect it from you.

The turnaround is pretty quick on this test, usually 7-10 days, and the results will be sent to us.  We will notify once we have them so we can schedule an appointment to discuss your protocol.

The cost of this test is £150 and we use Genova Diagnostics Labs. You can view a sample report here